In the modern world, the topic of polygamy is a complicated one, to say the least. It’s been around for thousands of years and it still takes place in many parts of the world today. In some countries, it’s legal, while others have banned it altogether. Its practice can cause much debate about human rights in addition to causing political problems in places where bigamy (the act or condition of having two spouses) isn’t allowed by law. The debate still rages on in the United States where polygamy is illegal in all 50 states.

Polygamy has been around for millennia, and several major religions endorse it, to one degree or another. It’s a highly misunderstood topic that stirs up strong emotions in many people; understandably so because of the history and controversy surrounding it. To help you understand this concept altogether, we’ve developed this helpful guide.

The term ‘polygamy’ means multiple marriages and is usually applied to situations where a man has more than one wife. When a woman has more than one husband at the same time, it’s called polyandry, while group marriages of any combination are known as polyamory. Polygamous societies vary widely in how many partners an individual may have – some allow only one additional partner beside his/her spouse, others allow two or three extra wives beyond the first wife, and so on. As seen on ModernPolygamy.com, a respected pro-polygamy organization, a polygamist family includes a husband who has more than one wife and the children produced by those wives. Almost all polygamist families prefer to live as a part of a larger group, or ‘sister-wives’ clan.

Polygamy is often fundamental to the culture of a particular society. However, it’s not always forced on people; in some cases, consenting adults choose polygamy as an alternative to monogamous marriage. One of the main reasons that polygamy and polyamory have continued to be part of many cultures is that it helps ensure reproduction. With up to four wives, polygamist men can sire more children than their monogamous counterparts. This contributes to population growth and ensures that there will be enough young family members to support older family members in their retirement years.

Compared with having only one wife or husband, taking additional partners offers greater financial security for each spouse. The community also benefits since more children mean more labor for working the land, caring for animals, or taking part in community projects. Also, there is no risk of the family property being split up and divided among fewer children. Furthermore, polygamy presents an option for those who want to start a large family but would like one parent to remain at home. This wouldn’t be possible with only one child-rearing partner. 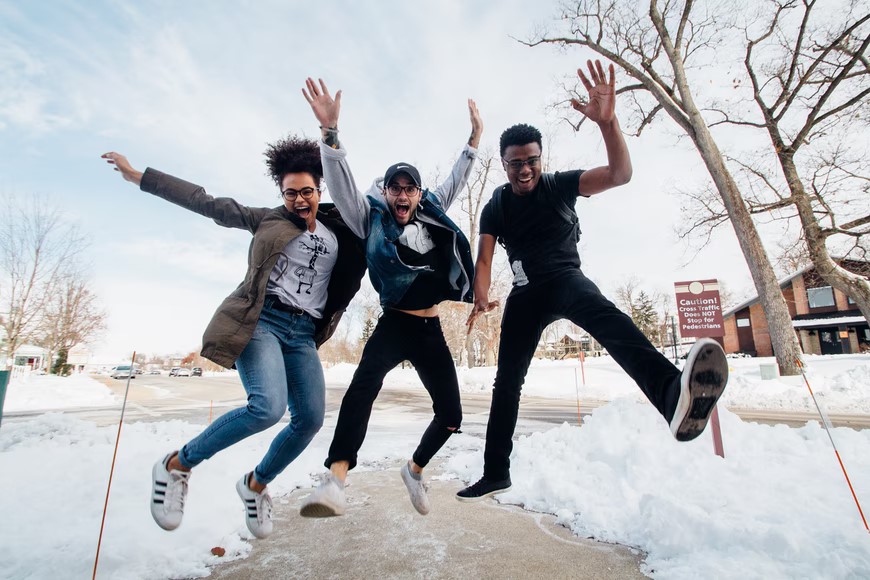 Why do people choose polygamy today?

Though it’s illegal in the U.S., polygamists say they can have more fulfilling family relationships by sharing a husband or wife. In some cases, all spouses live together and function as a single unit under an informal agreement of support and cooperation. In other instances, one spouse may leave the home while another takes over his or her responsibilities for a time.

In one-on-one marriages, two people learn to adapt themselves to each other so that both get what they need from there. If a person isn’t happy with this adaptation process, he/she will seek someone else who is more compatible or simply remain dissatisfied. Instead of going through this cycle repeatedly, many choose to form a family with multiple partners where everyone gets what they need.

The emotional aspect of polygamy

By settling for one spouse, people often end up sacrificing their needs and expectations due to an excess of insecurity or a fear of being alone. If they give up on finding what they need with one person, they may never have the opportunity to explore this aspect of life thoroughly. Everyone has different emotional needs that can be met by different individuals.

Polygamy also provides more opportunity to develop emotional depth, since each spouse can bring out different aspects of a person’s personality. For example, an extroverted man might seek out different partners who will encourage him to be more adventurous and daring in situations where his regular wife might hold him back. The same husband could also choose partners who appreciate his sensitivity and help nurture it so he doesn’t feel the need to act overly tough or insensitive around others for fear of being seen as weak.

Another potential advantage of polygamy is the built-in support system it offers children. With several parents looking out for their well-being, kids can get all the love and care they need from different individuals. They also get the opportunity to learn different parenting styles and behaviors from their parents, which can help them relate to more people when they grow up.

The desire for love and intimacy with a married partner

Though it may seem strange at first glance, many men and women feel unhappy being monogamous simply because they’re expected to limit their romantic interests to one person. This can lead to feelings of bitterness or resentment when they feel like the other person isn’t responding to them strongly enough, causing them to seek out alternative partners to fulfill this need. People who are true romantics at heart usually experience more benefits from polygamous relationships. It offers an outlet for this desire without having to act on it outside their marriages since they can experience intense love and fulfillment through multiple relationships within the marriage instead.

What are the spiritual benefits of polygamy?

In Mormon-style polygamy, a man is matched with all of his wives in the afterlife so that they can be together forever. In fundamentalist or other traditions that allow men to have more than one wife at a time, women marry for eternity as well so they can be part of a larger family unit. As a result, they don’t feel jealous of their husbands’ interactions with each other since they consider themselves spiritual equals and family members. Some say this bond is stronger than romantic love since it transcends physical attraction. In addition, many women cite personal empowerment as another benefit of polygamy because they’re allowed to take on leadership roles that would otherwise go to men.

Polygamy is not about lust or cheating, and it’s not just for men. Polygamy involves making room in your life for an additional person to love and be loved by. It requires a lot of emotional maturities to handle one or several relationships that are equally fulfilling and beneficial to each partner. The benefits outlined above don’t even come close to explaining the full potential of this alternative lifestyle, but will hopefully inspire you to learn more about it.

This Search Box Is Yours